Self-reflection on Being a Chef

While this week’s conversations linked in with Josh Niland and Alberto Landgraf in relation to their restaurants, interestingly the key points expressed by both, focused on their personal reflections on their life as a chef and care of their chef community. 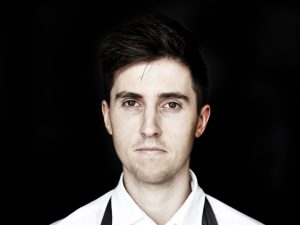 Josh Niland (Saint Peter, Sydney)
What happens when two chefs, lovers of ‘fish-cooking’ get to chat at 8am Irish time? Well, the time difference was quickly forgotten, and they soon started talking fish recipes and cookbooks! For Josh, this time has really inspired his creativity, offering ‘Mr Niland at home’ boxes, out of the restaurant and the fish butchery and his plans to open the restaurant with a modified menu in line with his award-winning cookbook ‘The whole fish cookbook’.
He believes that there is a need for humility in conversation at this time, it’s not about “me or my business”. His humility reverberated as he talked and listened. Josh considers himself privileged to be cooking every day and conscious of others in his chef community who may be missing service, he started an initiative working with other chefs creating their dishes for ‘Mr Niland at Home’ His motivation for this is that it “ creates a deadline and a momentum in their week so that they can hopefully feel that half of their brain was being used to trigger all the good endorphins in the brain”. One of his C-19 reflective insights is that as chefs “we are pretty insecure at the best of times”. JP agreed that “this is something that has been overlooked. Your physicality is go go go as a chef, maybe it’s because you are trying to avoid yourself. This is a challenge”. For Josh, we can’t lose the sight of being human, we have to get through this, but we also need to keep an eye on each other. 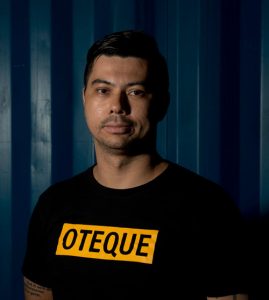 Alberto Landgraf (Oteque)
Unlike Josh, Alberto has not been cooking, instead, he is doing masterclasses on creativity and “trying to relax”. I was struck by his honesty in relation to his lack of self-care over the years. “For the last 15 years, I haven’t had one moment with nothing to think about”. In contrast, he is now enjoying the silence, relaxing without feeling any guilt, cooking for himself, reading, doing exercise, connecting with people and he feels really well. Like Josh, he too is concerned for his closest chef community, his team, and he is doing all he can to protect them and support them at this time.

This time for reflection and relaxation has also resulted in some deep insights for him in relation to what is really important. His deep learning has been that, we are fragile more so than we imagine, and that “the big lesson is, that we need to get out of this being better human beings, making better choices. “I don’t want to go back to the way I was feeling 2 or 3 months ago. I don’t want to chase this; I want to chase peace. Peace and silence have been overlooked for years, it’s time for us to go back and understand that those are the real values”.
What a revelation during a pandemic from one of the World’s top young chefs and it affirms the increasing need for self-care education for chefs and ‘The Mindful Kitchen’ module as inspired by Food on the Edge.