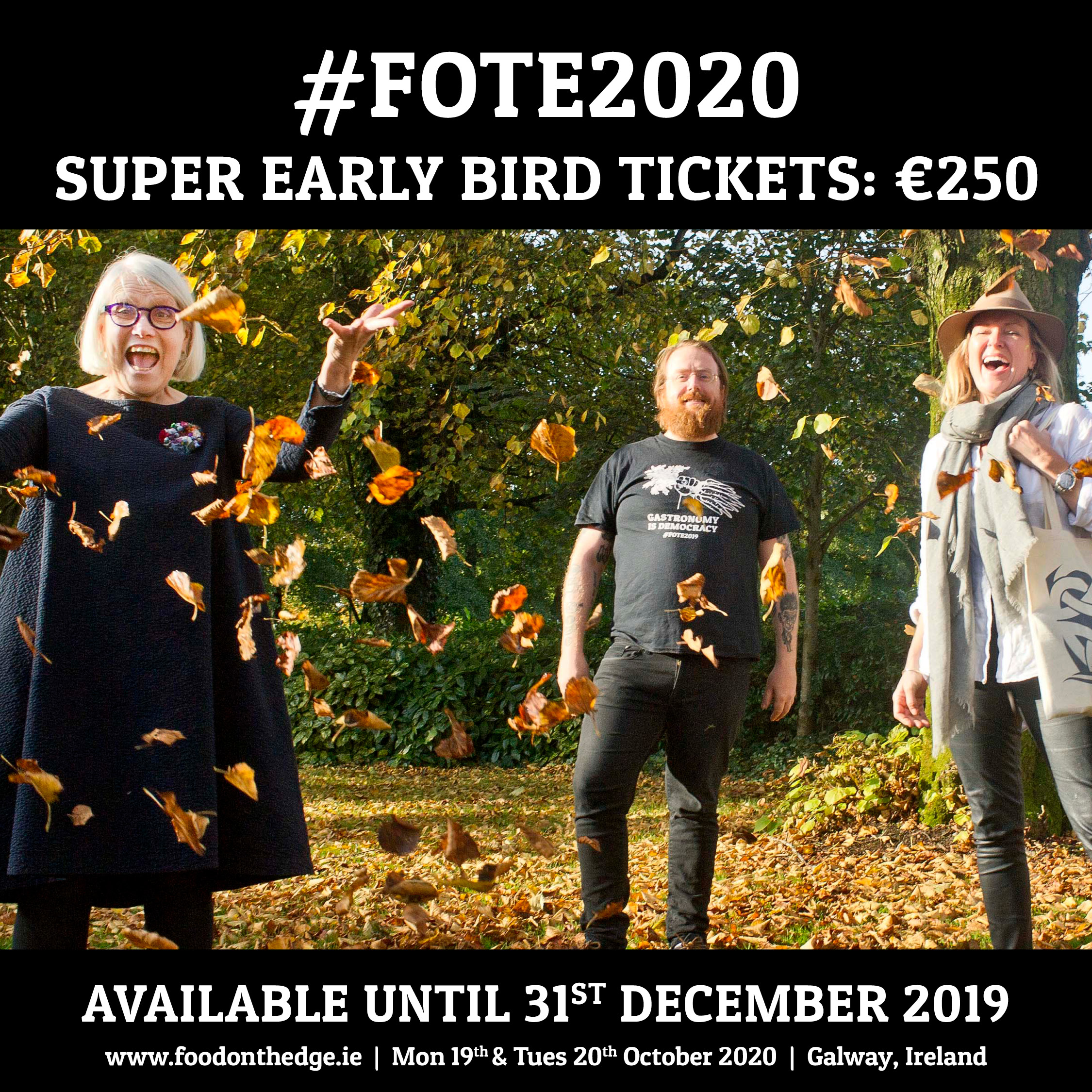 Super Early Bird Tickets for Food On The Edge 2020
Available until 31st December.

Super Early Bird Tickets for Food On The Edge 2020, which is taking place on the 19th and 20th of October in Galway, are now available at a cost of €250. The two-day ticket includes admission and access to all talks and masterclasses on both days, lunches, and entertainment on both nights. The special reduced rate ticket is available until the 31st of December, when the ticket price goes to €300. Click here to purchase your ticket.

JP McMahon, Symposium Director of Food On The Edge, said, “Our goal is to make the event as accessible as possible to all who are interested in attending. We hope that the output of what is learnt and put into practice after attending Food On The Edge outweighs the investment in the ticket price. So far, the resounding feedback is that it does.”

At Food On The Edge 2020, the Ambassadors will be invited to speak on stage in a discussion on the work they are doing, as well as receiving a two-day ticket to the symposium and a profile on the website. Applications can be made online at www.foodontheedge.ie/ambassador-programme and the closing date for applications is the 31st of December.

JP said, “Each year we receive a large number of inspirational applicants hoping to speak at Food On The Edge. These applicants are very often doing wonderful things for Irish food and developing the industry in their own way. While we have limited capacity of speaking slots, we wanted to do something to acknowledge these food champions. We are delighted to open the applications for 2020 to see some of the great work being done for Irish food which may be going unnoticed or underappreciated. I hope this initiative will widen the reach of Food On The Edge and act as its legacy into the future, eventually expanding onto a global scale.”

Food On The Edge 2020 is taking place on the 19th and 20th of October in Galway, with the venue to be confirmed. World-class chefs and speakers are planned for announcement in early 2020.

Check out @foodonthedge on social and follow the official hashtag #FOTE2020 for updates and speaker announcements.