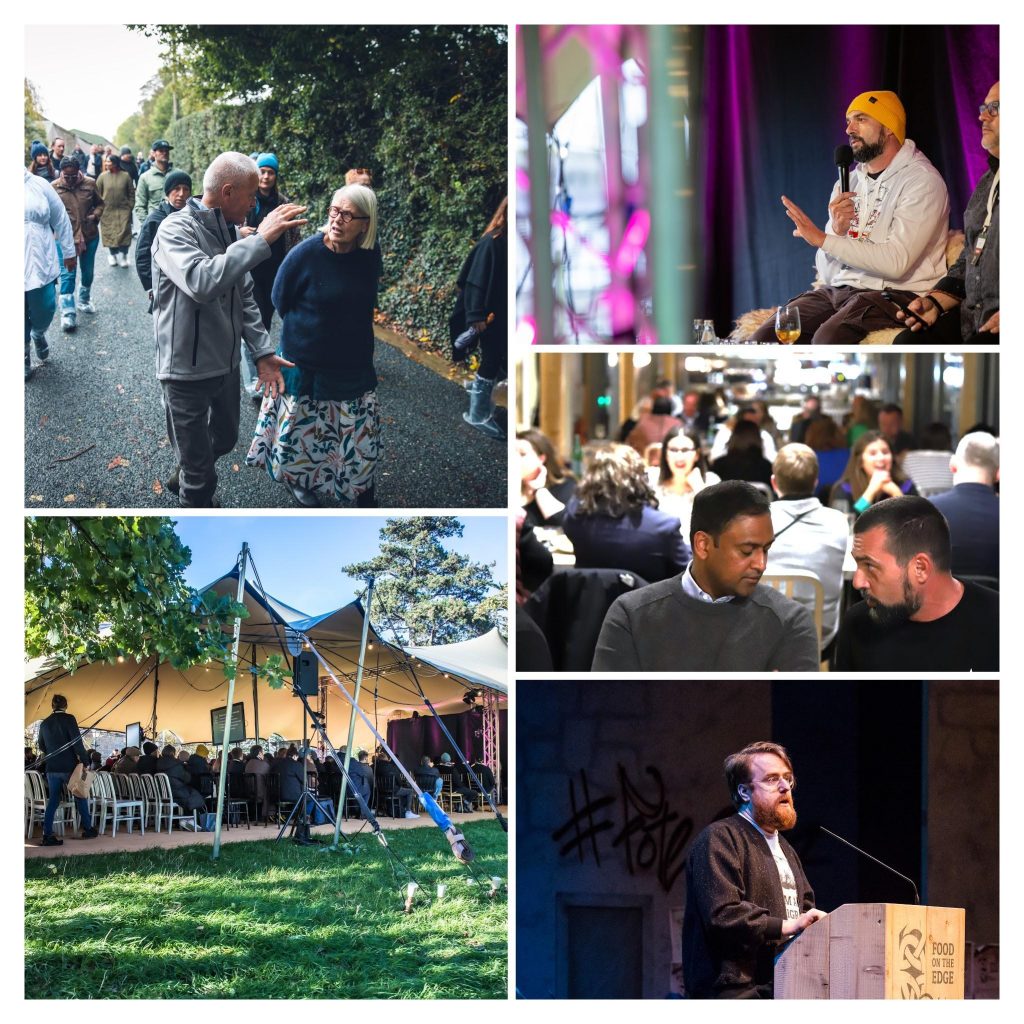 Super Early Bird Tickets On Sale From 31st December For Food On The Edge 2023 The award-winning Food On The Edge, now in its eighth year, will take place for the third time at Airfield Estate, Dundrum, Co Dublin, on Monday 16th and Tuesday 17th October 2023. The Two-Day Super Early Bird Ticket goes on sale online at www.foodontheedge.ie on 31st December at a reduced rate of €225 and includes two-day access to all speaker talks, lunches, evening entertainment and a ticket to the wrap party. This special rate is available for a limited number of tickets and is only available until 31st January, if not sold out before then. Post Super Early Bird rate, the ticket price increases to €275.

The theme of 2023’s event will be Storytelling with founder and symposium director JP McMahon expanding on the theme, saying, “Storytelling is a social and cultural act whereby a people or a nation talk to themselves about themselves. Stories preserve traditions and teach us about past generations. Food must have a story, though this doesn’t mean that it has to replace the taste. The important components in the story of the food are the people and the product. I want to hear the story that connects the food to the land and the people who produced it. Hand-picked crab meat from the Aran Islands. Simple and pure. It tells a story of itself: of the waves, of the skies, of the history of that island. Vast tracts of time. You lift a spoon to your mouth. A story in a mouthful. There are many Irish food stories waiting to be uncovered, from prehistoric times to those hidden in the Irish language itself. We look forward to the many stories that will be shared at Food on the Edge 2023 from the multitude of diverse cultures and perspectives of our speakers.”

The 2023 event will build on the success of the 2022 symposium which centred around the themes of Disruption and Regeneration and drew speakers from around the world and at home, creating conversation, debate and inspiring action. The closing date for 2-day Super Early Bird tickets is 31st January 2023 (or until sold out). Tickets for Food On The Edge 2023 can be purchased via www.foodontheedge.ie. More details of 2023’s symposium will be announced in the coming months.

Follow @FoodOnTheEdge on social media to be the first to know.