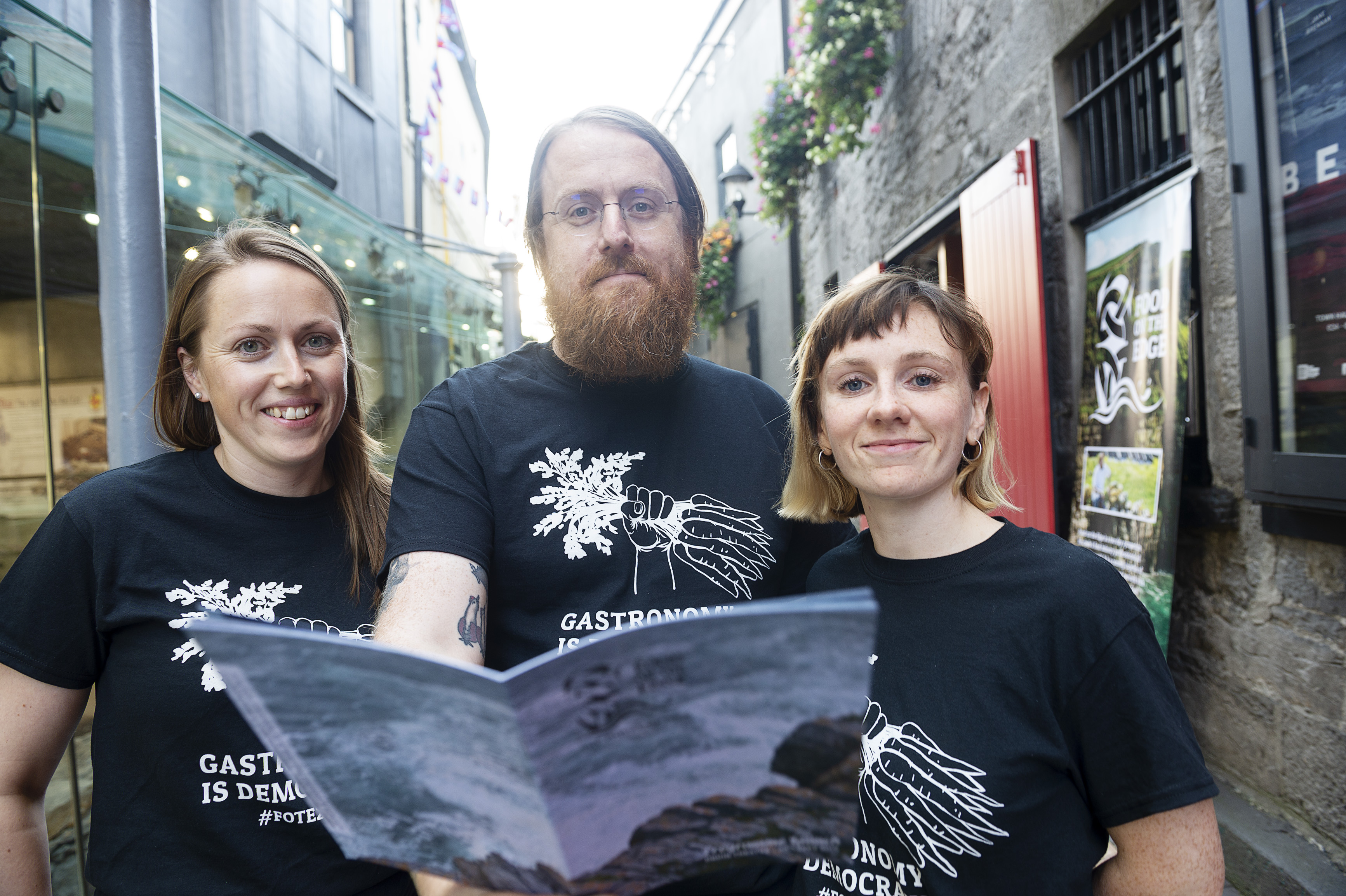 The programme for Food On The Edge 2019 was officially unveiled at a launch event this evening in the Druid Theatre, Galway to coincide with Culture Night 2019.

The main theme for 2019 is ‘Migration’ – looking at how food travels and how that affects people’s perception of food. Speakers discussing this theme include Derry Clarke (l’Ecrivain, Dublin) on ‘Invasive Crops’; Arlene Stein (Terroir Talk, Berlin) on ‘#noborders: Food as a Tool for Diplomacy’; Paul Carroll (Polly, Vladimir) on ‘From Tallaght to Tsar’ and Josh Niland (Saint Peter, Sydney) on ‘Beyond the Fillet’.

Further ‘Conversations’ — a returning theme this year — are on the line-up, and include chefs Darina Allen and Rachel Allen (Ballymaloe Cookery School, Cork) speaking about ‘Irish Food: Past, Present and Our Vision for the Future’ on Monday morning. Chefs Matt Orlando and Kim Wejendorp (AMASS, Copenhagen) will be discussing ‘Responsible Deliciousness’, and British food writer and author Allan Jenkins will also speak on Tuesday afternoon.

‘Food Story’ talks on the line-up include chef Tom Brown (Cornerstone, Hackney) on ‘Meanwhile in East London, Lunatics Open a Restaurant’; Leonor Espinosa (LEO and MISIA, Columbia) on ‘Integral Gastronomy Centers: An Alternative Model of Community Development in Columbia’; and Selassie Atadika (Mindunu, Ghana) on ‘This Is Africa’ .

The Masterclasses, which are sponsored by Chef Network, will return again in 2019. They be led by selected speakers including Will Goldfarb  – ‘Revisiting Personal Pastry Through a Local Literary Lens’; Matt Orlando, Tiago Falcone and Tom Delaney – ‘The Intersection of Food and Beer’; Sophia Hoffmann – ‘The Seven Seas of Deliciousness – Discovering The Endless Joy of Plant Based Cooking’; and Douglas McMaster  – ‘Nu Waste’. These sessions are limited to 50 people and early arrival is recommended.

Food On The Edge symposium director JP McMahon said, “The topics at this year’s Food On The Edge are diverse and designed to foster conversation and build bridges. This year’s main theme will focus on the issue of migration, as we question the idea of what it means to be local and how people moving from place to place has defined us and shaped our food culture. We will also be looking at themes of waste, social gastronomy, education, and kitchen culture.”

Six people who are working to change the landscape of Irish food were selected as Food On The Edge Ambassadors for 2019.  The Ambassadors – Paula Stakelum (Ashford Castle), Chad Byrne (Chef Collab), Annette Sweeney (TU Dublin), Ronan Fox (Mayo General Hospital), Deirdre Doyle (Cool Food School) and Devin O’Sullivan (FEAST) – will take part in a panel discussion on the topic of ‘Moving Food On The Edge Forward into New Realms’ which will be moderated by Mark Anderson (Gather & Gather).

Another panel discussion is ‘Migration and the Nordic Food Movement’ with Bo Bech (Restaurant Geist, København), Nicolai Norregaard (Kadeau, København), and Esben Bang (Maaemo, Oslo) which will be moderated by JP McMahon.

Food On The Edge delegates will get to experience an Artisan Food Village which will showcase the best of Irish produce from more than 60 top Irish producers.

The venue is the Bailey Allen Hall at the National University of Ireland Galway (NUIG). The masterclasses will take place in the Bank of Ireland Theatre next door. The symposium will be a mix of 15-minute talks, panel discussions and hands-on masterclass sessions. The event will start at 9:00am on both days, with registration opening from 8:00am.

A two-day ticket costs €400, a two-day student tickets costs €350, and group rates are available for groups of 6+, 10+ and 20+. Tickets can be purchased at www.foodontheedge.ie.